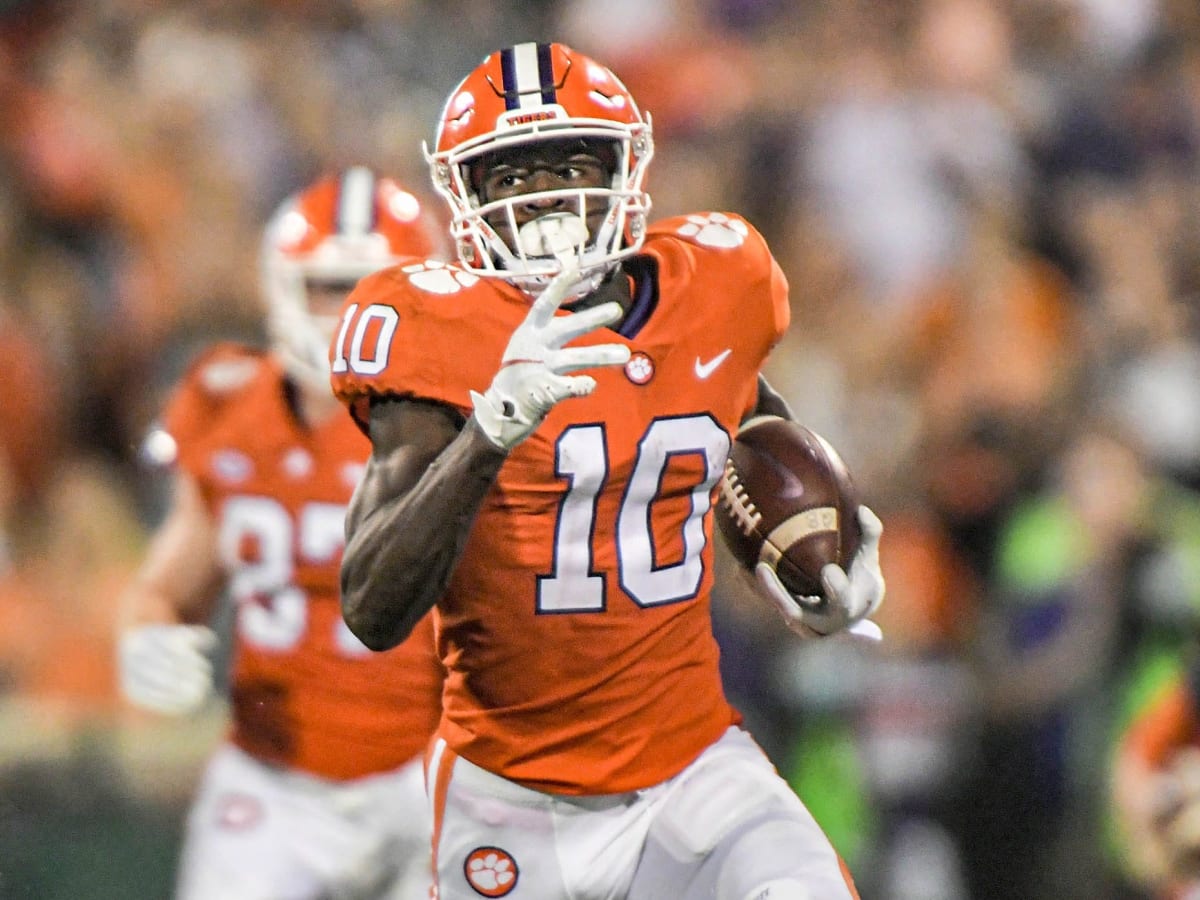 Psychology major. Stud recruit who played in 15 games as a freshman before missing time each of the past two seasons due to injury. Dabo Swinney said he was “almost afraid” to say anything about Ngata this spring to avoid jinxing another injury. “Looks like a pro” per Swinney. Abdominal strain in 2020 required surgery; foot injury in 2021 knocked him out of multiple games. Said this spring he’s improved his diet and sleep habits to try to aid in staying healthy going into 2022.

Highly thought of recruit whose stock has fallen due to injuries and an abundance of talent at the position at Clemson. Has excellent size but gives up speed and agility because of it – while he has decent straight line speed, he struggles to shorten his stride to make cuts laterally. Excels as a blocker in the mold of bigger receivers like Allen Lazard or Jauan Jennings. Brings tenacity to his blocking assignments; in addition to his upper body strength this allows him to frequently pop runners free on downfield runs. Not a natural separator and rarely creates space for himself beyond what’s given to him. Frame lends itself well to breaking tackles, which adds some value as a player after the catch despite not having a ton of juice as an athlete. Doesn’t always extend outside of his frame for catches and lets the ball reach his pads too frequently. Likely needs a healthy, productive season to keep him on the right side of draftable, but his effort as a blocker will endear him to some coaches regardless.