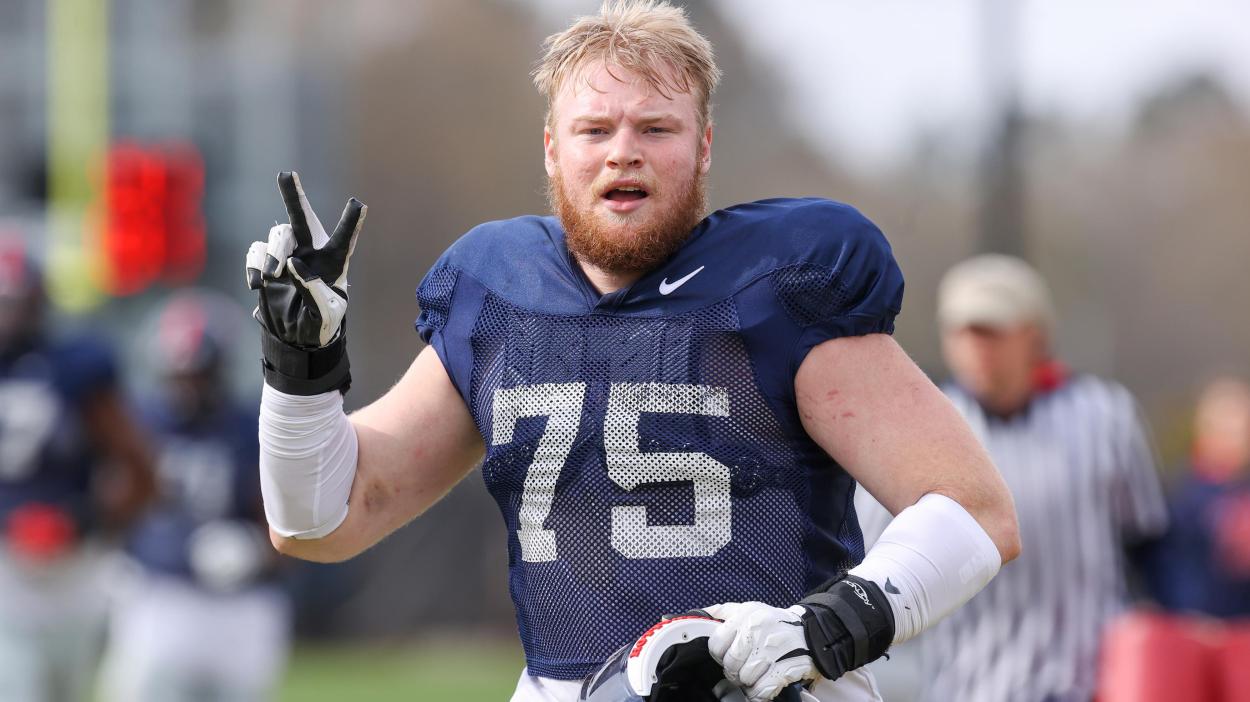 First thing that stuck out to me was the run blocking, even though it came in small doses while in Western Kentucky’s Air Raid offense. Excited to see how that aspect of his game comes along in the SEC with a (slightly) more rushing-based attack. Feet are a bit slow – he’s got a very good sense of snap timing, which helps him get to the corner before his matchup does. That said, if he takes any false step, he’s pretty much cooked on that rep. Liked the awareness on stunts to pass his assignments off and pick up the looping defender. Struggled with the two hand rip of Michigan State DE Jacub Panasiuk, who signed a UDFA deal with the Commanders. Possible guard convert to help mask the movement issues on the perimeter and highlight the run blocking chops. Could be a big riser during the 2022 season if a good year at Mississippi gets him an upper-tier all-star game invite.